Solo is a wall/floor installation that focuses on three drawings that were created while watching a video of Jon Bonham (drummer from Led Zeppelin) perform his famous drum solo “Moby Dick”. Inspired by my adolescence where I would watch the video and play the drums in the air; I wanted to approach the drawings in the same way. Fueled by the solo and the rock concert, I found myself inspired to play the drums, not in the air, but on paper. Drawing with both hands I created three studies that capture different aspects of the drum solo. The drawings hang horizontally in chronological order on the wall. In front of them I display a silent edited video of Jon Bonham’s Moby Dick. It loops on a flat screen monitor and is mounted on a drum stand. The video is facing the drawing so it is only visible when standing in-between the drawing and video. The viewer is forced to look back and forth comparing the drawing and the source of inspiration while never being able to view them simultaneously. My intention is that the video and drawings will help the viewers capture the sound of Jon Bonham’s drum solo. 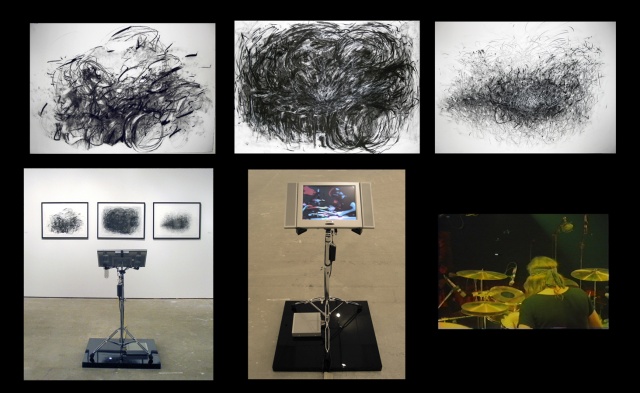 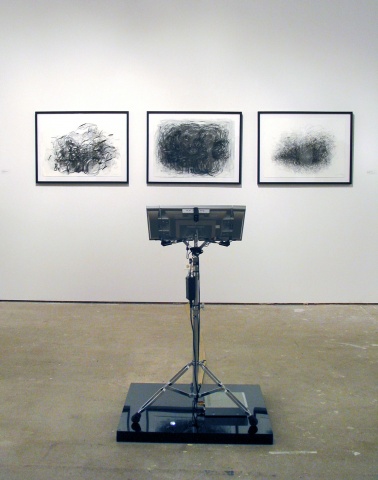 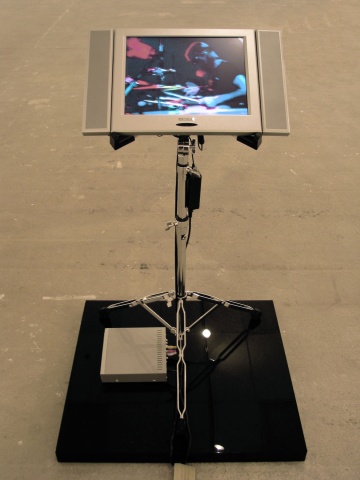 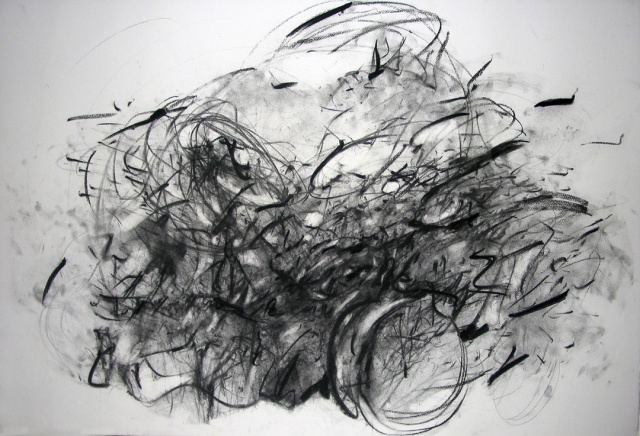 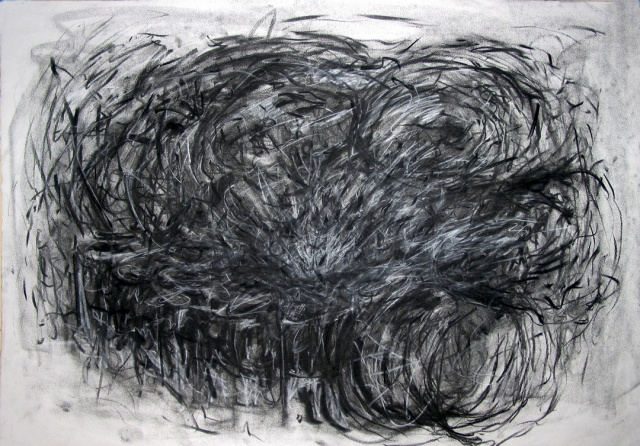 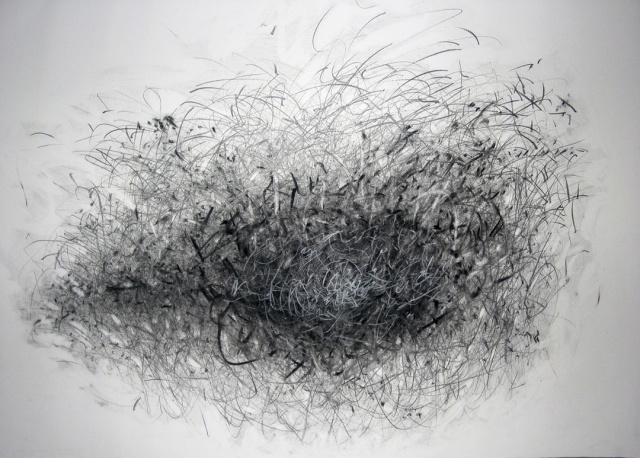